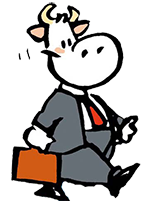 The story of Beauvallet is above all men and women who have perpetuated family history and traditions around meat. The know-how and the passion of our various trades constitute the base of our values and the identity of Beauvallet companies which have the will to remain on a human scale.

Our values are centered on tradition, the taste of good products and the expertise of our markets, with permanent innovation and a constant concern for health safety, which contribute to customer satisfaction and the development of our businesses.

It is in 1860 that the Beauvallet family, established near Pithiviers (45), kicked off a great family adventure: butchers and traders from father to son, the company specialized in wholesale and trade for traditional butchers, communities and regional commercial catering.

In 1971, with the opening of the municipal slaughterhouse in Pithiviers, the Beauvallet brothers then developed a boning workshop allowing them to diversify their clientele, with the traditional shelves of mass distribution and fine commercial catering in the “Centre” region and the Parisian region.

Bernard Léguille bought the company from the Beauvallet brothers in 1991, and followed the logic of family history. Over the years, according to the opportunities that presented themselves, our area of ​​influence and trading was enlarged to go beyond our borders. Beyond the increased geographic presence, Beauvallet companies have also developed increasingly processed product ranges, in line with consumption patterns and changes in the catering trade.

Today, Charles Léguille runs the Beauvallet businesses in the continuity of his father, with the same passion that drives him.

A logical development, in line with market expectations